Manuka honey – a remedy for coughs

Winter has clearly arrived on our fair shores and weeks of pummelling winds and rain also signal the arrival for some of the season of coughs, colds and flu, not to mention the sleepless nights this causes.

For those seeking an alternative to cough medicines, then you need look no further than your nearest jar of manuka honey. 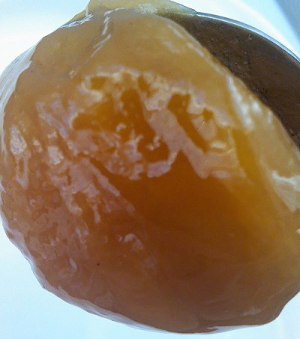 Taking honey as a remedy for a cough is something that has been passed down by word of mouth for centuries. Interestingly, other cultures and traditions also have similar references to using honey to combat coughs and as a medicine.

One of the earliest records of honey as a medicine appears in Devine Farmer’s Materia Medica, a text considered to be oldest on Chinese herbs and medicine, which researchers consider dates back to the Han Dynasty in the 1st century AD.

Honey is also used extensively in the Indian Ayurvedic healing tradition, including for coughs.

In fact, honey is recommended as a remedy for coughs by a variety of modern organizations including the NHS, which recommends a homemade remedy of honey and lemon.

While there is still some debate in the scientific community on how effective honey as a cough remedy is, there have been a number of studies that suggest it is effective1.

Manuka honey not only tastes great but makes an excellent home remedy against coughs. Its special bioactive properties are well researched, including its unusual antibacterial activity.

But manuka honey has other special properties that make it unusual and all the more reason for using as the basis for a home remedy to help fight your cough. Research has shown it to be:
•    Anti-inflammatory
•    Antifungal
•    A good source of minerals and antioxidants

Which manuka honey should I use?

There are a variety of different brands of manuka honey on the market but consumers need to be sure they are buying a genuine manuka honey by looking for certain trademark labels such as UMF or MGO manuka honey.

These labels indicate that the honey has been tested and contains a verified level of the antibacterial elements, such as methylglyoxal. Experts are of the opinion that, for example, a UMF level of 10+ is the minimum required to gain any benefits.

Eat it from the jar or mix it in with a warm drink (but not boiling temperature) and let nature’s wonder work its magic.