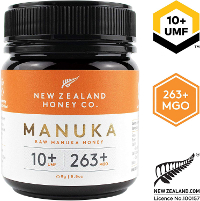 UMF Manuka Honey
The New Zealand Honey Co. produces a range of delicious manuka honey. The company is also licensed to carry the UMF label and this manuka honey is graded at UMF 10+ with an MGO level of 263+ 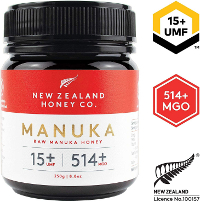 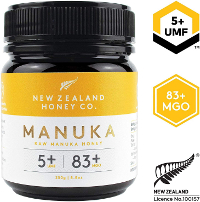 UMF Manuka Honey
New Zealand Honey Co has a range of premium UMF manuka honey. This raw manuka honey has an MGO level of 83+ and is UMF 5+. A delicious honey that will set you taste senses alight!