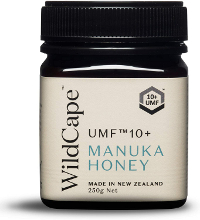 UMF Manuka Honey
WildCape Manuka Honey is a company founded in sustainability and ethics. In addition it produces premium Manuka honey sourced from the remote and pristine East Cape region of New Zealand. This honey also has the UMF label and is graded as UMF 10+ 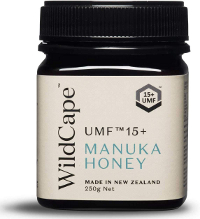 UMF Manuka Honey
WildCape UMF 15+ Manuka Honey is a potent and premium Manuka honey. This true wonder of nature is sourced from some 5000 beehives located in the unspoiled wilderness of New Zealand's East Cape. 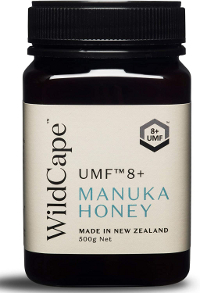