What is UMF Manuka Honey? 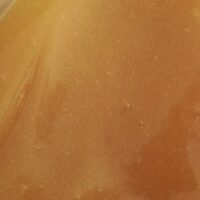 Regular buyers of Manuka honey may be familiar with the UMF label: it is a trademark label of the Unique Manuka Factor Honey Association (UMF HA).

The association counts 80% of New Zealand’s Manuka honey exporters as its members, and this includes many of the most well-known names in the industry, such as Comvita, Steens and the New Zealand Honey Co.

What’s the big deal about labels?

Manuka honey is the most famous honey in the world and it is also the most expensive. This is not just because of its amazing taste but because of its antibacterial properties that work in a different way to other types of honey.

The strength and purity of Manuka honey also varies greatly and can even vary within a small area, and the need to explain these differences in strength is one reason why various labels were initially developed.

Consumers need to know three things when considering whether to buy Manuka honey: 1) why Manuka honey is different, 2) its strength and purity, and 3) that the honey is genuine.

This is why the labelling of Manuka honey is a big deal.

Free-for-all in the past

In the past, there were a whole host of different labels and terms used to describe Manuka honey.

Unfortunately, as demand for the honey boomed, the lack of clear definitions or guidelines on how to label Manuka led to a labelling free-for-all.

The result was baffled consumers but more seriously it aided the practice of mislabelling inferior quality honey as Manuka honey.

This explains the fact that more Manuka honey is sold around the world than is actually produced.

This is a problem that still exists today, which is why having a label that consumers can trust is important.

What is the UMF label?

The UMF label is a registered trademark and it is a quality standard that gives consumers confidence of the honey’s purity and quality.

The UMF Honey Association (UMF HA) was established in the mid-1990s and the UMF label was launched in 1998 with the aim of protecting UMF HA members as well as consumers.

The UMF Honey Association has been a major contributor to the scientific debate and research on identifying the unique markers present in genuine Manuka honey.

The UMF label is based on the results of the UMF HA’s scientific programme to create a set of standardized testing procedures based on the unique markers identified in genuine manuka honey.

How does the UMF label help consumers?

The use of the UMF label is tightly controlled and there are strict requirements including the independent testing of the honey by an authorized laboratory.

In addition, the honey must be produced and packed in New Zealand adding more safeguard levels for consumers.

What is UMF honey tested for?

As a result of the UMF Honey Association’s scientific programme, new so-called signature markers have been identified in Manuka honey.

These markers form the basis to the UMF grading system and their presence and concentration confirms the purity of the honey as well as its antibacterial properties. These markers are:

Leptosperin: a naturally occurring marker only found in the nectar of the manuka flower, which confirms that the honey is genuine as it allows the honey to be traced back to its botanical origin, i.e. the Manuka bush.

DHA: (dihydroxyacetone) is also present in both manuka honey and manuka flowers and when the bees turn the nectar into honey some of the DHA is converted into MGO.

MGO: (an abbreviation for methylglyoxal) is the manuka honey’s secret weapon that is responsible for its unusual and sometimes unusually strong antibacterial properties.

The level of MGO is important as the higher the concentration of MGO in the honey, the greater antibacterial activity of the honey.

The UMF label is a quality standard rather than a specific label about concentration as it takes all the three main markers into consideration.

Obviously a higher UMF number means the honey is purer and the antibacterial activity of the honey is stronger. As a general rule of thumb, a UMF level of 5-9 is considered low, 10-15 moderate and anything above UMF 16+ is high.

Many Manuka honey brands that have the UMF label also include the specific level of MGO in addition to the UMF number, and a higher concentration of MGO also correlates to a higher antibacterial activity.

Many high-quality producers have sophisticated track and trace applications that let consumers trace a specific jar of honey to the batch it was produced from, and view the UMF test results for the batch.

In addition to the work carried out by the UMF Honey Association, the New Zealand Ministry for Primary Industries (MPI), which is responsible for Manuka honey production, revealed its own testing and labelling guidelines in 2017.

The MPI testing procedures are based on research that has identified 4 ‘chemical markers’ that come from the nectar of the Manuka bush, and 1 DNA marker from pollen. In order to be called Manuka honey the presence of these markers must be verified and the honey is also classified as either monofloral or multifloral honey on the basis of the results.

The UMF label is a rigorous system and consumers who want genuine Manuka honey should look out for it when buying honey.