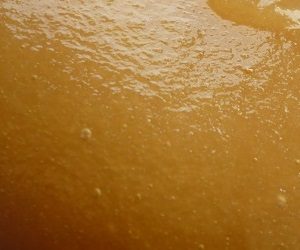 Sports fans might be more familiar with epic battles between Australia and New Zealand on the rugby or cricket pitch, but an equally epic battle is shaping up in the most unlikely of arenas: beekeeping.

What’s it all about?

But manuka honey is also produced in Australia, the only other country in the world where the manuka tree grows natively (although it is also known in Australia as the jellybush or tea tree).

Why does it matter?

It matters because manuka honey industry is a major export industry worth hundreds of millions of dollars with increasing demand among consumers, especially in China, as well as for medical grade manuka honey that is used in a variety of medical products.

A ruling in New Zealand’s favour would mean producers in Australia would not be able to use the term manuka honey, which many Australian beekeepers are upset about.

While New Zealand certainly was a pioneer in the development and understanding of manuka honey’s antibacterial properties, Australia is catching up.
There is a major new research project to see which of Australia’s 83 types of manuka tree is best for producing high-grade manuka honey. Interestingly, one of the project’s funders is Comvita, which is one of the biggest producers of manuka honey in New Zealand.

For now Australian beekeepers will just have to wait and see what the verdict is and who wins the manuka honey battle.