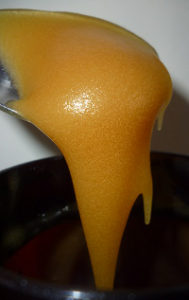 It is not only the world of politics that has been witness to many seismic events in 2016, but the manuka honey industry too has had quite an eventful year.

Mention the word beekeeping to many and it is likely to conjure up a hobby more at place in the sleepy and old-fashioned world of Miss Marple and St Mary Mead, the reality, however, could not be further from the truth.

The manuka honey industry is a global industry worth millions of dollars, competition for beehive sites is intense, and global demand for medical skin and wound care products made from medical grade manuka honey continues to accelerate as they become more mainstream.

The Unique Manuka Factor Honey Association (UMF HA) is the main actor responsible for the seismic events that have taken place in the industry over the past year. This is the organization that controls the UMF label with its testing and grading system for manuka honey.

While it was already known that what gives manuka honey its antibacterial properties is a naturally occurring element called methylglyoxal or MGO, research carried out by the UMF Honey Association identified two new compounds that occur in manuka honey: Leptosperin and Lepteridine.

The main point of all this complex science and research work is the fact that these naturally occurring elements can be detected and measured and therefore it is possible to test whether manuka honey is genuine or not.

In fact, another part of the work the UMF Honey Association has carried out this year has been a new method of testing for these substances using fluorescence testing with a prototype device developed for the project.

Not all honey and roses

The manuka tree is also native to some parts of Australia, where they also produce manuka honey, but the UMF Honey Association has suggested manuka from Australia be labelled as tea tree or jellybush honey, which are other names for the manuka bush in Australia.

Australia slow off the mark

The manuka honey industry in Australia has been much slower to realise the industry’s full potential.

But despite the slow start, a major project led by the University of Technology Sydney (UTS) has just discovered that some of the manuka honey produced in Australia is equally as potent, if not more so than those from New Zealand.

What does this mean for consumers of manuka honey?

It is still the case that there can still be a multitude of confusing labels on jars of manuka honey. But the main honey exporters in New Zealand have clearly started to converge around the UMF Honey Association and therefore the UMF label gives manuka honey shoppers assurance that the honey in the jar is genuine manuka.

As for the longer term, it will be interesting to see how the upcoming battle between the manuka honey industry in Australia and New Zealand turns out. Interesting times lie ahead for fans of manuka honey.