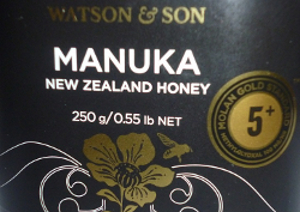 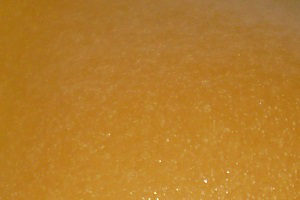 Watson & Son, the company is run by the dynamic father and son duo of Denis and Daniel Watson, produces some of the world’s finest manuka honey.

It is therefore interesting that they have chosen not to sign up to the UMF trademark scheme run by the Unique Manuka Factor Honey Association, which a majority of other honey producers in New Zealand are members of.

Instead, Watson & Son use a different certification scheme for grading their manuka honey called the Molan Gold Standard (MGS).

The certification scheme takes its name from the Godfather of manuka honey Dr Peter Molan. Anyone who loves manuka honey has Dr Molan to thank because it was he who first discovered its unusual properties, and his passion and dedication to manuka honey science has led to the global industry we know and enjoy today.

MGS – based on scientific tests

The certification scheme tests for a variety of factors but key among them is for something called methylglyoxal (often abbreviated as MGO or MG).

This is important as the level of MGO indicates the honey’s antimicrobial activity, and the higher the number the stronger the antibacterial strength of the honey if it is applied topically.

Some jars of Watson & Son manuka honey have the level of MGO (measured in mg/kg) and this can easily be converted to the MGS number using the table below.

Whether all this science leaves you cold or you are confused by UMF and MGS, the most important thing to know is that Watson & Son manuka honey is independently tested and verified so you can be sure that you are getting a genuine and delicious manuka honey.