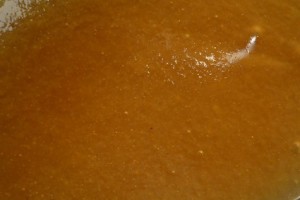 The relatively high cost of genuine manuka honey means consumers want to be sure they are getting what they pay for.

Insatiable demand for manuka honey from around the world both for consumption and for medical products and a limited supply have led to claims of fake manuka honey being sold.

The many different labelling and systems to grade manuka honey have also been a problem as it causes confusion among consumers.

The UMF Honey Association has been at the forefront of research to find a way of identifying genuine manuka honey.

In October 2015, the UMF HA announced it has developed a way of testing whether manuka honey is genuine or not with a portable fluorescent testing unit.

Scientists have discovered that genuine manuka honey has two elements that are unique to the honey, one of which is leptosperin, and they are both fluorescent.

This manuka honey testing system is a method of fluorescence testing to show whether the honey contains the nectar of the manuka tree. Read the UMFHA press release about the breakthrough here.

Divisions within the industry

About 85% of all New Zealand’s manuka honey producers are members of the UMF Honey Association , including some of the largest ones like Comvita, some well-known producers are currently not, including Watson & Son and Nelson Honey.