Happy Valley UMF 10+ manuka honey is a certified UMF honey and in this larger 500g size jar should keep you going for a while. This is an impressive manuka honey with an intense and rich flavour. A superfood to be savoured.

Consumers who have heard about the amazing properties of manuka honey and who want to make an informed decision about which one to buy have a good option with Happy Valley Manuka Honey UMF 15+.

The honey is a certified Can you buy arthrotec over the counter and with a UMF rating of 15+ this makes it quite a high rating and the honey comes in two sizes of jar – this 500g version and a smaller 250g one.

When it comes to producing and sourcing manuka honeys of the highest quality, Happy Valley can boast more than three decades experience.  Based north of Auckland, Happy Valley is the work of two families who source their honeys from all over the country.

The unique nature of some manuka honeys is a result of the raw ingredient: nectar from the manuka tree or tea tree, which grows in native manuka forests in unspoilt and remote areas of New Zealand.

The UMF label, or Unique Manuka Factor, is an internationally recognized trademark, which has developed out of the academic research into identifying the unique chemical markers of manuka honey.

The use of the label means the honey has been independently tested to establish the honey contains the chemical markers and compounds that make it special. Testing is important as these markers can vary from batch to batch.

Many fans of manuka honey swear by its ability to help fight against some common ailments such as the common cold, but others also report improvements to their digestion as well as overall wellbeing.

Happy Valley Manuka Honey UMF 15+ has a strong flavour and delicious aftertaste of minerals mixed with herbs.  Savour the taste of nature when eating this honey (NB infants below the age of one are advised not to eat honey). 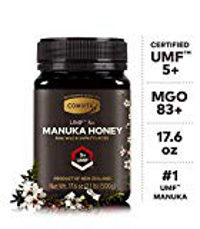 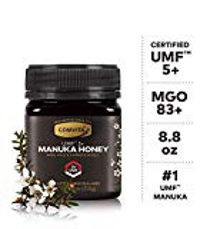 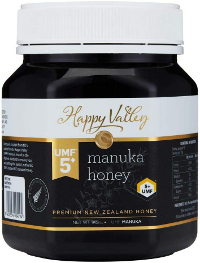 UMF Manuka Honey
If you can't keep your sticky paws off this delicious manuka honey then why not go for this 1 kg jar of Happy Valley Manuka Honey UMF 5+. It's certified and deliriously delicious. 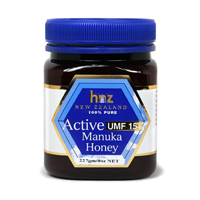 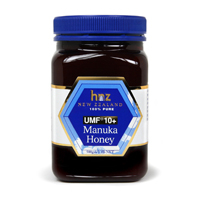 UMF Manuka Honey
If you have already tasted the great taste of Honey New Zealand UMF 10+ Manuka Honey, this larger 500g jar may be what you need to ensure your household doesn't run out of this amazingly delicious and healthy product made by hard working bees in New Zealand.
£34.99 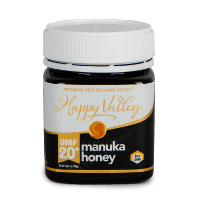 UMF Manuka Honey
Happy Valley Manuka Honey UMF 20+ is a rare manuka honey from a licensed producer. It has one of the highest UMF ratings available and is a delicious way to experience one of the most amazing superfoods on the planet. 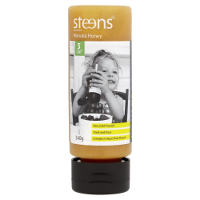 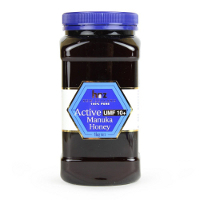 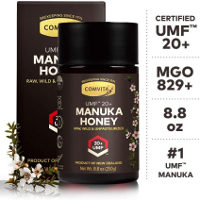 UMF Manuka Honey
Comvita's manuka honey with a very high UMF rating.  This Unique Manuka Factor label guarantees that you are really getting a product that has been tested and certified.