This is a certified Manuka honey with an MGO level of 100+ (250g jar). Watson & Son have a long history in the production and sourcing of premium Manuka honey.

The company was originally established by the father and son team in the form of Denis and Daniel Watson.

The company has some 30,000 hives in locations all over New Zealand and in order to manage such a large number of hives, the company partners with local landowners.

Manuka Honey has become a major global success story for New Zealand because of its status as a superfood and also because of the honey’s well documented antimicrobial characteristics.

The starting point for this delicious and unique honey is the humble Manuka bush, which is native to New Zealand.
The Manuka bush (or tree as it is also sometimes referred to) has delicate white flowers and a relatively short flowering season.

It is the nectar from the bush that honey bees take back with them to their hive and through a miracle of nature turn it into Manuka honey.

The scientific community has also been fascinated by Manuka honey’s unusual characteristics and considerable research has gone into identifying the unique markers that are in authentic Manuka honey.

MGO, or methylglyoxal, is one such natural chemical that can be measured and is an important indicator that the Manuka honey is genuine.

There is a direct relationship between the level of MGO and the honey’s antibacterial activity, although this is not the only factor involved.

Watson & Son Manuka Honey MGO 100+ is a premium Manuka honey. This level of MGO is not the highest but this could be a good starting point for those on their initial Manuka honey journey.

(NB Children below the age of one are advised by doctors not to consume honey). 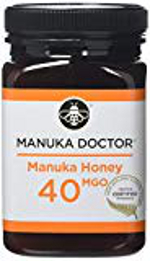 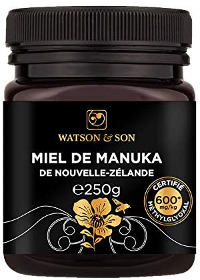 MGO Manuka Honey
Graded on the MGO scale, this Watson & Son premium Manuka honey has a level of 600+, making this a rare and limited Manuka honey 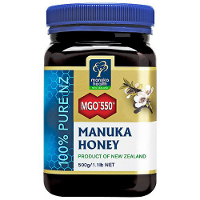 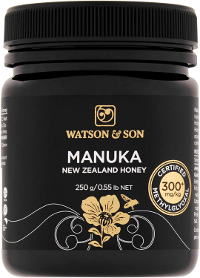 MGO Manuka Honey
This premium Manuka honey is produced by Watson & Son and graded using the MGO grading scale. It has an MGO level of 300+ making it relatively potent. A delicious and unique honey. 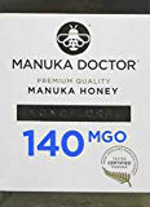 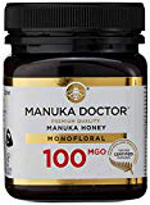 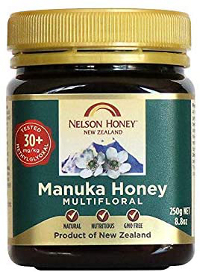 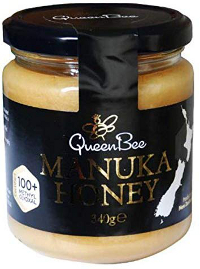 MGO Manuka Honey
Queen Bee Manuka Honey uses the MGO labelling method and sources its manuka honey from New Zealand. The honey is delicious, not to mention versatile and can be used in baking, cooking or just eaten from the jar. 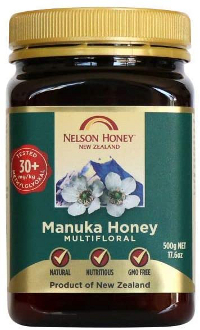