Watson & Son 18+ MGS Manuka Honey is a very pure and rare specimen! The honey is verified as having an MGO level of 700+ and is tested using the Molan Gold Standard certification scheme. This is a gift of nature at its most powerful. Try it and see for yourself.

Watson & Son MGS 18+ Manuka Honey is a rare and pure beast among the world of manuka honey.

Produced by the father and son team of Denis and Daniel Watson, together they have built up a formidable company that focuses on respecting the environment and basing its products on high quality testing and science.

Watson & Son are unusual in that it is one of the largest producers of high quality manuka honey not to use the UMF certification label, but instead tests and verifies its honey in accordance with the Molan Gold Standard (MGS) label.

Fans of manuka honey may recognise the name as it refers to the Godfather of manuka honey – Professor Peter Molan. He was the man who initially discovered the unusual and amazing qualities that have made manuka honey such a sought after prize of nature.

Watson & Son have over 14,000 beehives that are located in some of the wildest and most remote areas of outstanding natural beauty in the North Island of New Zealand.

But this is not just for poetic reasons but so that the hives can be located near large tracts of dense manuka bush far away from any possible impurities so producing manuka honey of the highest quality.

The Molan Gold Standard is partly used to verify the level of MGO (methylglyoxal) and this is present naturally in the honey and the reason for its unusual qualities.

The honey is tested by an independent laboratory and consumers can trace the honey to the hive it came from. This is a rare and pure manuka honey with an MGO level of 700+.

Consumers wanting to buy genuine manuka honey can rest assured that this is one of the best and purest on the market. (Children and infants below 12 months old are advised against consuming honey). 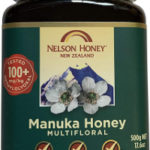 Honey, MGO, MGO 100+, Silver
A larger jar of Nelson Honey Manuka Honey 100+ from a family run company has been beekeeping for four generations. Nelson Honey is a boutique producer of quality manuka.
£25.49 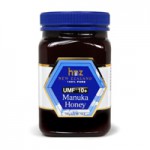 Honey, UMF 10+, Unique Manuka Factor (UMF)
If you have already tasted the great taste of Honey New Zealand UMF 10+ Manuka Honey, this larger 500g jar may be what you need to ensure your household doesn't run out of this amazingly delicious and healthy product made by hard working bees in New Zealand.
£34.99 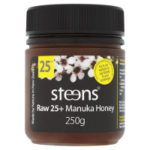 Honey, Non-Peroxide Activity (NPA), NPA 25+
This is an unusually pure and scarce gift from nature. Steens are one of the leaders in the production of high quality manuka honeys.
£127.53 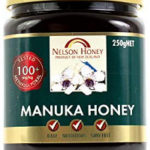 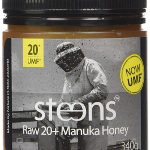 Honey, UMF 20+, Unique Manuka Factor (UMF)
A very pure manuka honey that has been independently verified by a lab. A highly delicious honey produced by Steens - an innovative and leader in manuka production.
£68.59 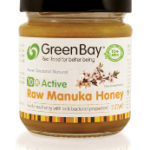 Honey, Non-Peroxide Activity (NPA), NPA 10+
Green Bay Harvest 10+ Active Raw Manuka Honey only gets a coarse filtering before being put in the jars. The honey is sourced from trusted beekeepers in New Zealand's pristine South Island.
£25.27 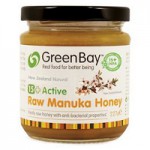 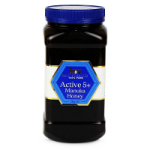 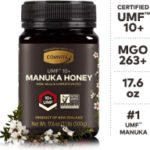 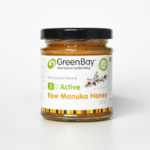